Dr. John Walczyk is a co-owner and registered pharmacist at Johnson Compounding & Wellness. He oversees the day-to-day activity of this very busy pharmacy.

John has been the recipient of several awards, including Massachusetts Innovative Pharmacist of the Year in 2011 for demonstrating significant innovation in his practice, resulting in improved patient care and/or advancement of the pharmacy profession. In 2012, John received a Fellowship Distinction from the International Academy of Compounding Pharmacists, and in 2014 he received a Fellowship Distinction from the American College of Apothecaries.

John earned his Doctor of Pharmacy degree at Massachusetts College of Pharmacy and Health Sciences University in 2006. After graduating, he received specialized training in both general and sterile compounding, with an emphasis in bioidentical hormone replacement and pain management therapy, from PCCA.

John serves on the Board of Directors of the Massachusetts Independent Pharmacists Association as well as the Fellowship Advisory Board of IACP. 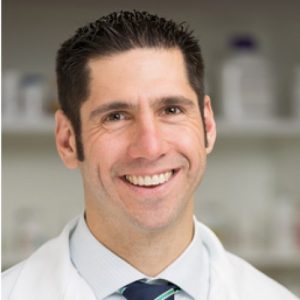 Andrew Stein is a co-owner and registered pharmacist at Johnson Compounding & Wellness.

Andy Stein is has worked as a compounding pharmacist for 12 years and has been general manager for the last 11 years. Andy is now co-owner of Johnson Compounding & Wellness. He graduated from MCPHS University with a Doctor of Pharmacy degree in 2005.

Andy is also a Fellow of the American College of Apothecaries. He is the recipient of the the 2006 Outstanding Pharmacist Award from MPhA. 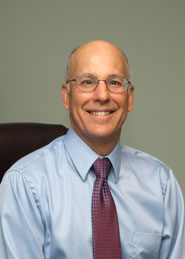 Dr. Gary Kracoff is a registered pharmacist with a doctorate in naturopathic medicine who provides in-depth consultative services at Johnson Compounding & Wellness.

Gary’s guiding philosophy is to treat the person as a whole, not to chase symptoms. He focuses on finding the “why” to what is happening physically and mentally, and works with individuals to restore balance in the body.

Gary frequently lectures at pharmacy, medical, and health-oriented conferences. He is an educator at the Academy of Integrative Medicine, conducting two-day seminars for health care professionals twice a year. Gary also serves on the faculty of the Center for Education and Development of Clinical Homeopathy.

Schedule a Naturopathic Consultation With Gary 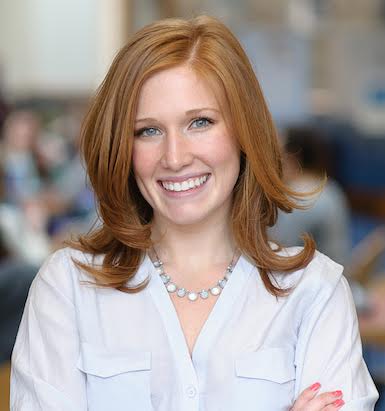 Bridgitte Carroll is a Registered Dietitian Nutritionist with a passion to dramatically improve her        patient’s health. She provides in-depth consultation services at Johnson’s. She is experienced and passionate about helping individuals improve their health and well-being with her patient first approach. She truly enjoys connecting with her patients and engaging in a conversation about their health. Through creating this relationship, she is able to personalize diet and lifestyle modifications to propel her clients to optimal wellness. Her specialties include gastrointestinal issues, inflammatory conditions and weight management although she has worked with people of all dis-eases and truly believes food should be used as medicine.

By practicing what she preaches, she is able to provide delicious food options that are practical to implement.

Schedule a nutritional or Dietary consultation 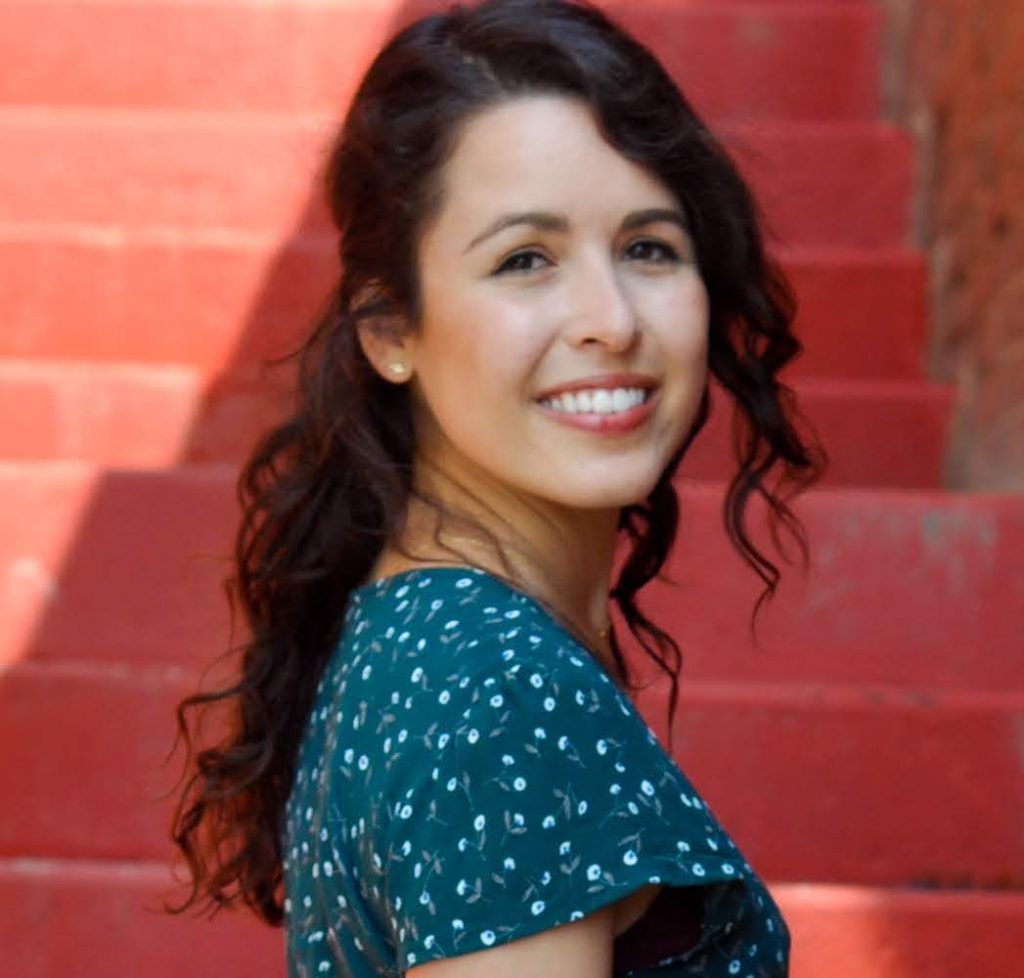 Tamara Luck is an Integrative and Functional Dietitian who is excited to help you along your wellness journey, no matter where you are, or where you want to go. By diving deep into nutrition, lifestyle and how different body systems are interconnected, she works with you to understand why your body is acting a certain way. Tamara uses food and natural supplements as remedies, while also providing support for lifestyle changes. Whether you are looking to resolve gastrointestinal issues, improve energy or enhance overall wellness, Tamara can work with you to create a personalized plan for you!

Schedule a nutritional or Dietary consultation 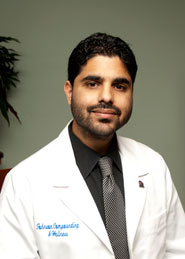 Omar Allibhai is a registered pharmacist at Johnson Compounding & Wellness. He is the first pharmacist to complete a 2 year post-doctoral fellowship in pharmacy compounding in the nation.

Omar works in different aspects of the pharmacy including non-sterile compounding, formulation development, training new employees, and developing quality assurance programs. He obtained his Doctor of Pharmacy degree and a certificate in radiopharmacy from the Massachusetts College of Pharmacy and Health Sciences University. He is a member of the Massachusetts Independent Pharmacists Association, Massachusetts Pharmacist Association, International Academy of Compounding Pharmacists, American College of Apothecaries and the Johnson Compounding and Wellness’s Quality Assurance team. 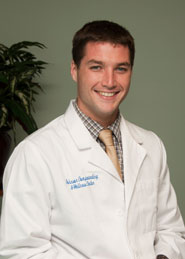 Kevin Ryan is a registered pharmacist at Johnson Compounding & Wellness. His responsibilities include conducting initial reviews and final reviews on prescriptions, counseling patients on the phone and in person as well as researching the possibility of providing new treatments for patients

In his free time, he enjoys running, live sports, snowboarding, traveling and spending time with his family 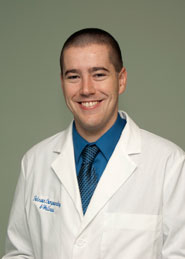 Doug Bundschuh is a registered pharmacist at Johnson Compounding & Wellness. His responsibilities include conducting final checks on prescriptions, counseling patients, and managing the non-sterile lab.

Trained in U.S. Pharmacopeia (USP) guidelines, Doug became a compounding pharmacist because he believes it provides a closer interaction with patients and providers, and provides a level of customized care that is difficult to obtain through traditional means.

Doug received a bachelor’s degree in pharmacy studies and in 2014 earned his Doctor of Pharmacy at Northeastern University.

In his free time, he enjoys hiking, camping and home brewing. 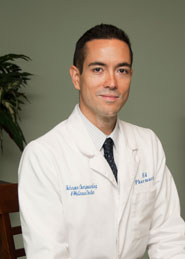 Edward Fallon is a registered pharmacist at Johnson Compounding & Wellness. He manages the sterile lab and ensures that all technicians are properly trained in compounding procedures. A pharmacist since 2001, Ed is also a member of the quality assurance team.

Ed graduated from Northeastern University with a bachelor’s degree in pharmacy in 2001. He trained in aseptic technique for sterile and non-sterile compounding through PCCA.

He is a member of the Massachusetts Independent Pharmacists Association.

Ed enjoys the problem-solving aspect of the work at an independent pharmacy, along with the direct interaction with patients and prescribers. 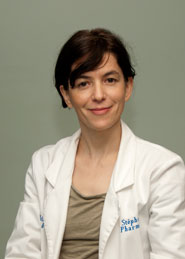 Stephanie Lallet-Miron is a pharmacist who supervises and trains a team of certified pharmacy technicians working in the non-sterile lab at Johnson Compounding & Wellness.

Stephanie earned her Doctor of Pharmacy at Université François Rabelais in Tours, France. She previously worked in an independent pharmacy in France and finds the compounding pharmacy environment, where medicine is tailored to the special needs of patients, more rewarding and intellectually challenging.

Stephanie enjoys hiking, camping, and discovering new places and people during her travels. 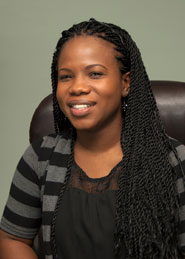 Stephanie Desenclos is a certified pharmacy technician at Johnson Compounding & Wellness. In addition to working in the pharmacy, she oversees the call center and its employees as the call center manager.

Stephanie moved to the United States from Haiti in 2001 and, after attending Lincoln Technical Institute, started at Johnson Compounding & Wellness in 2006. 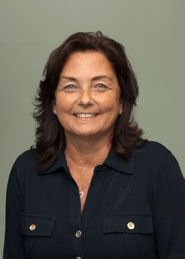 Leanne Petrosillo is a certified pharmacy technician at Johnson Compounding & Wellness. She oversees pharmacy employee scheduling and third-party testing, and also is a member of the quality assurance team.

Leanne has been working as a technician for over 25 years. She was awarded Professional Compounding Centers of America’s Technician of the Month in 2013.